Does culture eat strategy for breakfast? 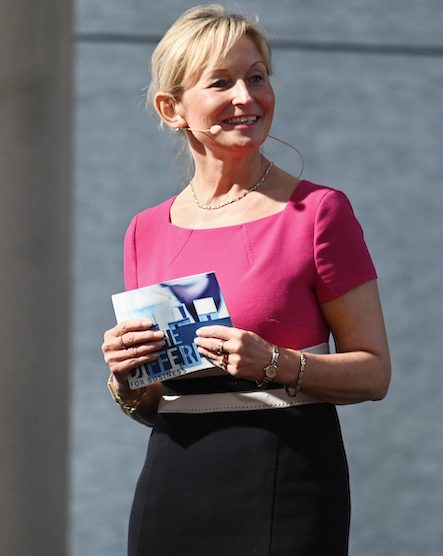 “Culture eats strategy for breakfast” is a phrase attributed to Peter Drucker, a management consultant, educator, and author, and made famous by Mark Fields, President at Ford. Since then, there have been several iterations of the sentence, one of them being “culture easts strategy for breakfast, lunch and dinner” to emphasise the importance of culture in business.

What is culture and why does it seem to be important? The Oxford Learner’s Dictionary defines culture as ‘the customs and beliefs, art, way of life and social organisation of a particular country or group’. Although we live in a global and digital world, understanding cultural differences in human interactions still matters. At work, this understanding can either drive the business forward; lack of it, on the other hand, can sink deals, endanger careers, as well as contribute to frustrations and ultimately to unproductivity.

I’ve recently read a very insightful book titled The Culture Map– decoding how people think, lead, and get things doneacross cultures. I’d recommend it to everyone who works in a multinational environment – it provides useful guidance and helps navigate through cultural differences as well as avoid falling into cultural traps.

As an example: Americans precede anything negative with three nice comments; French, Dutch, Israelis and Germans get straight to the point; Latin Americans and Asians are steeped in hierarchy; Scandinavians think the best boss is just one of them. It’s therefore no surprise that when they try and talk to each other, chaos may erupt.

Human beings are fundamentally the same as deep down, we are all driven by common physiological and psychological needs and motivations. We can all feel human emotions such as jealousy, passion, sadness, joy. However, every individual is also very different; each of us has a different style, preferences, dislikes, interests and values; each of us is unique. On top of it, due to the culture in which we grew up, we are conditioned to understand the world in a particular way.

For me as a professional communicator, the chapter about communicating was super interesting – see the image below. Did you know that Americans are the most explicit or low-context culture there is (low-context meaning their conversation assumes relatively little intuitive understanding)? This is probably not surprising for a young country composed of immigrants that prides itself on straight-talking. Thus, for example, Americans in Japan should pay attention to what’s not being said while Japanese in America should brace themselves for direct language. 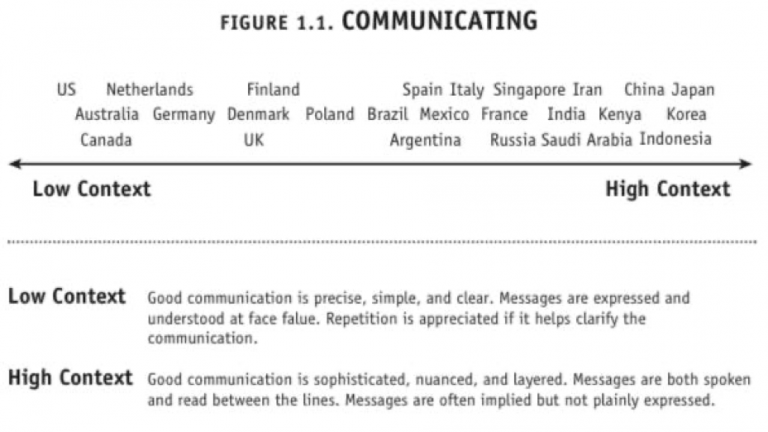 Doing business can be challenging enough with people from our own culture. Doing business across cultures adds a whole new layer of complexity. However, the reality of modern business is that we work with colleagues, customers and business partners from diverse backgrounds, across the country and across the world. In today’s global economy you might be a Slovak giving a presentation in the US, an Italian negotiating a deal in Japan, or a Korean managing a team of Germans. There are lots of ways to do that – email, Zoom, telephone, or in person if possible. That’s the easy part. The hard part is figuring out how we conduct ourselves with another culture, and the more the world globalises the more important this skill becomes.

Managing across and working with the diverse cultural contexts of today’s workplace may be challenging as it also requires a great deal of flexibility but it’s so rewarding and fascinating to learn about other cultures, behaviours, ways of working and see how that knowledge has the desired impact.