EACD FORUM – The Future of Travel

The EACD is excited to welcome for a 60 minutes discussion Gloria Guevara, CEO of World Travel and Tourism Council, and Federico J. Gonzàlez, CEO of Radisson Hotel Group. The FORUM will be moderated by CNN’s foremost international business correspondent and host of Quest Means Business: Richard Quest.

What role do communications play in a globally coordinated approach to recovery? How can we embrace the current travel experience, integrate new technologies, enact global protocols for health and hygiene, and effectively communicate these details to rebuild the confidence of travellers and plan for the future? Join the FORUM to find out!

The event is free for EACD members. If you are an EACD member, check your emails for your FREE event code.

Not an EACD member? you can chose to pay the 45€ fee to attend, or join the EACD now. New members joining now will have access to EACD benefits until 31 December 2021.

Recognised as one of the most influential women in Mexico by CNN and Expansion, Gloria began her professional career in 1989 at NCR Corporation working in the Latin America, Middle East, and Africa regions. Since 1995 she has worked for the travel industry, starting at the Sabre Travel Network and Sabre Holdings, she was later CEO of JV Sabre Mexico reporting to a board of directors from Aeromexico, Mexicana, and Sabre.
In March 2010 President Calderon appointed her as Minister of Tourism and two weeks after she was given in addition the full responsibility of the Mexican Tourism board. Under her leadership, the “National Agreement for Tourism” in Mexico was created and signed on 28 February 2011.
Gloria received the Good Neighbour Award from the US-Mexico Chamber of Commerce and Virtuoso awarded Mexico the best tourism board in the world due to her successful branding and repositioning efforts. In addition, Gloria has been Special Advisor on Government Affairs to Harvard University, and part of the Future for Travel, Tourism and Aviation Global Agenda Council of the World Economic Forum (WEF). 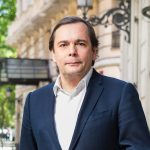 Federico J. González is the CEO of Radisson Hotel Group (RHG). He has extensive global executive leadership experience in the hospitality, leisure and fast-moving consumer goods (FMCG) sectors. Prior to joining Radisson Hotel Group, he was Chief Executive Officer of NH Hotel Group – where he led a major turnaround of the company – and as Deputy General Manager of Disneyland Paris. He previously spent 16 years in senior management positions at Procter & Gamble in Brussels, Madrid and Stockholm before becoming the company’s country head of Portugal in 2000.

A respected marketer and hotelier, González has written three books: Living and Working Abroad; How to Live and Work with Portuguese; and How to succeed in doing business the Swedish way.

As a global leader, Federico’s personal mission is to motivate and energize large organizations to be more ambitious – in profitability, purpose and people – through respect for diversity of thoughts, culture, gender, experience and beliefs. He majored in Economics at the Universidad Complutense de Madrid and received a Masters of International Trade and Finance from the École Supérieure de Commerce de Paris. He is fluent in English, Spanish, Portuguese and French. 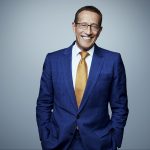 Richard Quest is CNN’s foremost international business correspondent and anchor of Quest Means Business, the definitive word on how we earn and spend our money. Based in New York, he is one of the most instantly recognizable members of the CNN team.

Additionally, Quest is the host of two of CNN International’s signature monthly feature programs: Business Traveller, which covers global business travel trends, issues and innovations of the travel industry, and Quest’s World of Wonder, an immersive travel series that finds him exploring a new destination each month and meeting fascinating people who reveal the heart of the city.

Quest also serves as CNN Business editor-at-large and often hosts the digital live financial show “Markets Now” live-streamed from the floor of the NYSE every Wednesday at 12:45pm ET at CNNBusiness.com.