Interview: 360º Transformation: How Ørsted went from being a fossil fuel company to the world’s most sustainable company 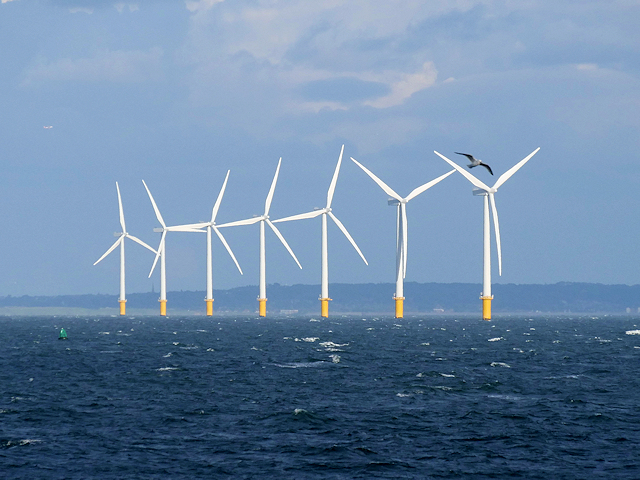 Ahead of his webinar for the EACD on Friday 15 May, Communication Director Editor Dee O’Sullivan discusses some of the central themes with keynote speaker Jakob Askou Bøss, Senior Vice President of Corporate Strategy & Stakeholder Relations at Ørsted.

Ørsted has undergone an extraordinary ‘black to green’ revolution in the past decade, from being one of the most fossil fuel intensive energy companies in Europe just a decade ago to divesting its upstream oil and gas business in 2017 and being on track to fully phase out coal by 2023 and reduce C02 emissions by 98% by 2025. Can you talk us through some of the key thinking that led to this radical transformation in corporate strategy?

The change has indeed been profound and even faster than we planned. In January this year, in a study of 7,300 global companies with an annual turnover of over $1bn, Ørsted was named the most sustainable company in the world by the Canadian think tank Corporate Knights. Quite an achievement for a company that only 13 years ago was responsible for one-third of all Danish CO2 emissions and whose business was 92% fossil fuels.

The dangers of greenhouse gases accumulating in the atmosphere has been well known and documented for decades but what began our process of transformation 12 years ago was the increasing scientific evidence that global warming is caused by mankind. The IPCC assessment report in 2007 was a game-changer, coupled with the Stern Review in 2006 which concluded that it will be cheaper for the global society to tackle climate change than to bear the economic and social consequences of not solving the problem. Also in 2007, the EU proposed emission reduction targets which were approved the following year as the ‘20-20-20’ goals (a 20% reduction in CO2 emissions, a 20% increase in renewables and a 20% improvement in energy efficiency by 2020). Adding all of this up, it became clear to us that our business model based on fossil fuels was not sustainable and needed a radical rethink.

In 2008 we therefore formulated our aspiration to change from a black to a green energy company and set out a clear vision for a long-term change towards renewable energy. A key factor in our transformation has been to follow this vision consistently and continually look for opportunities to increase the rate of change – and not just paying lip service.

At that time, only 7% of our business was in renewables. Ørsted grew out of the merger of six Danish energy companies encompassing oil and gas production, gas infrastructure, coal-fired power plants and a retail/customer electricity grid business. So, the transformation would be radical and challenging.

Our strategic analysis led us to increase our investments in renewables heavily and to take the decision in 2009 to stop building new coal-fired power plants. And from 2013 onwards, our growth strategy was fully focused on offshore wind power. At that time, offshore wind was the most expensive energy to produce and our target was to reduce the costs by 35-40% by 2020 – we reached that target in 2016.

In 2017 – a key year – we divested all our oil and gas production in the North Sea and decided to stop using coal in our power plants by 2023. When we look back, we have clearly surpassed even our own expectations of how quickly we’ve managed to transform. Our original goal was to be 85% green energy and 15% fossil fuel by 2040 but last week we announced that our green share is now 90% – 20 years ahead of schedule!

The rapid decline in the cost of renewable energy has also helped to accelerate the rate of change. In the offshore wind sector, costs have gone down by 65-70% over the past 7-8 years, partly driven by government targets to build out renewable energy and, as a result, higher volumes leading to economies of scale and significant cost reductions.

It is now cheaper to produce electricity from green energy than fossil fuels in two-thirds of the world – so the business case for green energy is made and the social and health benefits are clear.

You were deeply involved in that strategic transformation. As SVP of Corporate Strategy & Stakeholder Relations, could you share some of your experiences and challenges and key lessons learned?

I’m fortunate that my role straddles both strategy and stakeholder relations, which includes communications, public and regulatory affairs and marketing and branding, as this allows a fruitful cross-pollination between strategic development and corporate positioning/communications. The energy transformation we are still undergoing in the world is huge, not just for energy companies but for societies as a whole. To do this we need to have a continuous dialogue and joint partnership with society so we are in lockstep together in reaching our mutual goals.

As a result of our strategic transformation, in 2017 we decided to change our company name from DONG Energy (Danish Oil and Natural Gas) to Ørsted. We needed to reflect the transformation we had undertaken and underscore the new reality of our business. It’s vital for a transformation of our size and magnitude to lead with vision and to communicate that vision to all our stakeholders. We need to be clear and transparent about our journey and the concrete actions we take, and also show our aspiration – in our case to help create a world that runs entirely on green energy.

We chose the name Ørsted – out of about 3,000 suggested names! – as Ørsted was a Danish physicist who 200 years ago discovered the principle of electromagnetism which underlies all electricity production in power plants and wind turbines. He was a pioneer and a visionary and encapsulated what we are trying to achieve.

With Ørsted now hailed as the most sustainable company in the world, is this now ‘job done’? Or is sustaining the transformation just the start?

Now we have transformed our company and demonstrated that we can bring green energy to the market and consumers more cheaply than fossil fuels, we want to lead the way towards a more sustainable world and encourage and inspire others that it is possible to transform from the ‘old’ to the ‘new’ world. This will be the key challenge of the 21st century, not least in the energy industry, where 80% of the world’s energy still comes from fossil fuels.

As a global community we are still a long way off the target of halving CO2 emissions by 2030. We want to help drive that shift. Offshore wind power, where we have a 30% global share, could play a very significant backbone role and become one of the world’s largest energy sources. We opened the world’s first offshore wind farm in 1991 so we see an important role for Ørsted and for renewable energy ahead.

Jakob Askou Bøss is the Senior Vice President of Corporate Strategy & Stakeholder Relations at Ørsted. He oversees corporate strategy, group communication, public affairs, sustainability, regulatory affairs and corporate branding and marketing. Jakob joined Ørsted (former DONG Energy) in 2004 and has been deeply involved in the strategic transformation of the company from one of the most coal-intensive utilities in Europe to a global leader in green energy. He was previously a consultant with McKinsey & Company. He holds an MPA from Harvard University and an MSc in Political Science from Aarhus University. In addition, he has completed executive development programmes at Wharton, Stanford, INSEAD and IMD.

Register now for our keynote webinar